The conservation group Backcountry Hunters and Anglers (BHA) recently held their annual Rendezvous in Missoula Montana. The weekend get-together had members from all over the country and parts of Canada traveling to Missoula to celebrate our public land heritage. A highlight was the Camp Chef cook-off that included teams from different state chapters. Along with Modern Carnivore Editor Mark Norquist, I traveled to the mountains of the west with hopes of showing off what the Minnesota Chapter of BHA had to offer. The cook-off took place Saturday afternoon and the rules were simple, create a dish that best represents your state. 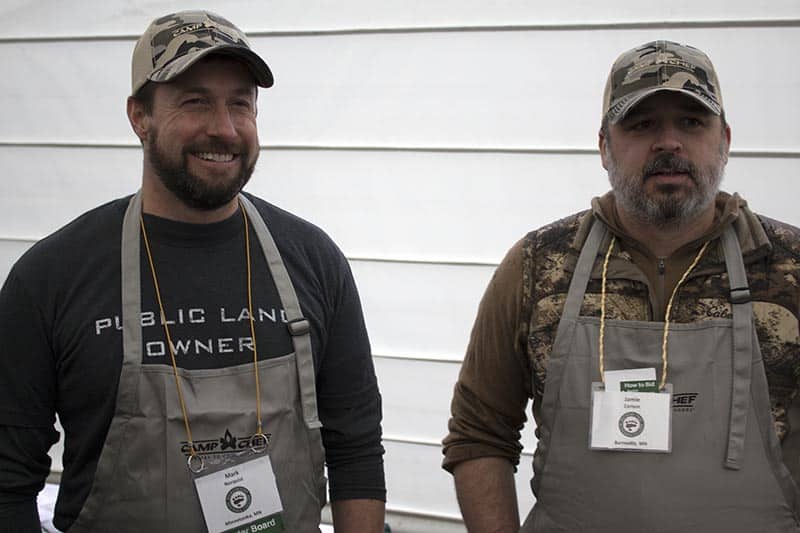 For me cooking is something that’s deeply personal. It’s an expression of who I am, and what I do. Taking that to a deeper level, cooking wild game and using wild ingredients gets even more personal. It’s not the same as going to the store and buying items that may have traveled half-way around the world to get to you. Most of the items used were ingredients that we had either killed, caught or foraged ourselves. When you dedicate that kind of time and energy into a meal it becomes much more than just food. It becomes a part of who you are. The idea of having someone judge that at the Camp Chef Cook-off was very intimidating for me.

Mark and I met several times beforehand to discuss possible menus and what we wanted to prepare for the judges. As Minnesota is one of the top wild rice producers in the world, we knew we’d have to include this unique aquatic grass that’s a delicious and nutty alternative to standard grains. (Wild rice is not actually rice, but a seed from the water-born grass.) We also wanted to include some sort of fish, although the kind of fish and style of preparation was up for debate.

When we discussed wild game it was a bit more difficult. Minnesota doesn’t really have a signature game animal that’s unique to it. We do have some giant Canada geese and we do shoot a lot of white-tail deer. Our original thought was to do a trio of sliders representing the land, sky and water. This would have included a smoked Canada goose pastrami sandwich, a wild rice and smoked whitefish patty and a venison Juicy Lucy.

From Three To One

When we got our hands on the rules of the contest, the 45 minute cook time seemed like a tight window to put together all three sliders. So, we modified our menu a little and instead of all three sandwiches we chose just one. Our final menu was going to be the smoked Canada goose pastrami with onion marmalade on a toasted wild rice bun. As a side dish we threw together a smoked whitefish and wild rice salad with pickled chicken of the woods mushrooms and a high bush cranberry vinaigrette.

Everything was presented to the judges on cutting boards created by Epicurean, a Superior/Duluth-based manufacturer who created a limited edition set of boards imprinted with topographic maps of the Boundary Waters Canoe Area Wilderness on them. Protecting this wild place is a priority of BHA Minnesota so we thought it was an appropriate way to display our meal. 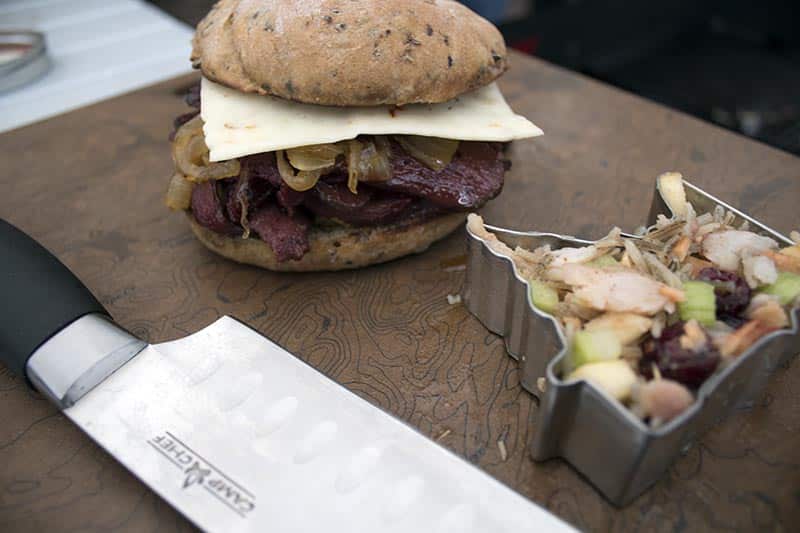 All Bets Are Off

The Camp Chef cook-off was everything you can imagine it would be. There was rain and wind, there was last minute rule changes, and a swap of judges. It was a lot of fun and all the states that participated really hit it out of the park. The ladies from Arizona served javelina and a cocktail that would knock your socks off. The boys from Michigan served up a piping hot bowl of ramen and Team Washington served mountain lion with huckleberry sauce. The competition was intense and in the end it was the team from Oregon who prevailed with fresh seafood Cioppino. Team Minnesota put forward a good showing and we came in second place behind the Oregon team. We may not have won, but one thing is for certain, and that is we changed a lot of people’s opinions about cooking and eating goose. 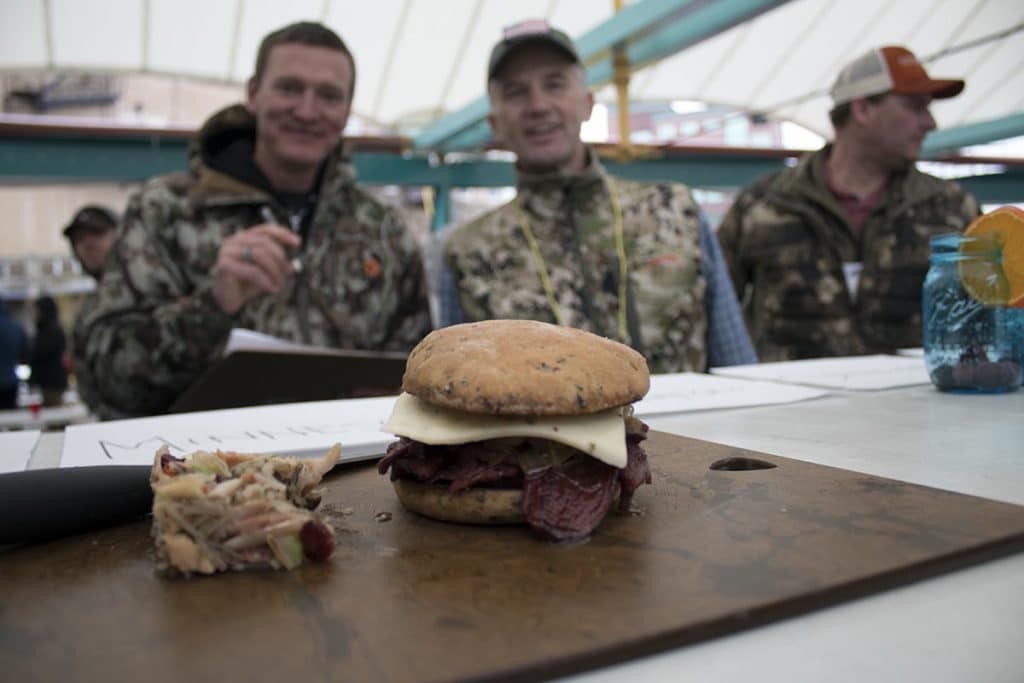 Here’s the Goose Pastrami Sandwich Recipe. Try it and let me know what you think!

To learn more about the Backcountry Hunters & Anglers Rendezvous and the Camp Chef Cook-Off check out this video.