As an advocate in the world of conservation I find myself constantly talking about or being talked to about getting a wider variety of people outdoors.  That means more women, more minorities, older folks and kids to increase the diversity in hunting and other activities.  This expansion of the base of outdoors people is critical if we’re going to create more stewards for the places where we love to ride, hunt, fish, ski, climb and paddle.

Of course this is a monumental challenge and one that’s seldom addressed with the energy needed for measurable impact.

That said, I’d like to share the story of a moment I had recently at a gas station in Elba, Minnesota.

Elba is a pretty amazing little village.  It’s nestled in the bluffs of the Driftless Area in Southeastern Minnesota.  But even more interesting is that it’s surrounded by the Whitewater Wildlife Management Area (WMA) as well as the Whitewater State Park. The Whitewater River (multiple branches of it) also flow straight through the village.

The Whitewater WMA is 22,000 acres of prime bluff land which is also surrounded by vast amounts of agriculture.  The WMA is by far the biggest block of unbroken public land in the southeast area of Minnesota.  This is a rarity as most of the southeastern corner of the state is made up of privately-owned lands.

It was on a recent trip that my little brother and I went to fish a section of the Whitewater River that’s open year round for catch and release of trout.  We had a really fun but cold day catching sluggish browns and sedated rainbows on our fly rods.

Once the sun had set we hopped in the car and headed through Elba on our way home to meet our parents for a deer season kick-off meal of venison stew. Although our journey to the awaiting dinner was only a twenty-minute drive we decided to stop for a snack that would carry us through to our destination.

Thus, the reason we stopped at the Elba Valley Express Gas station. 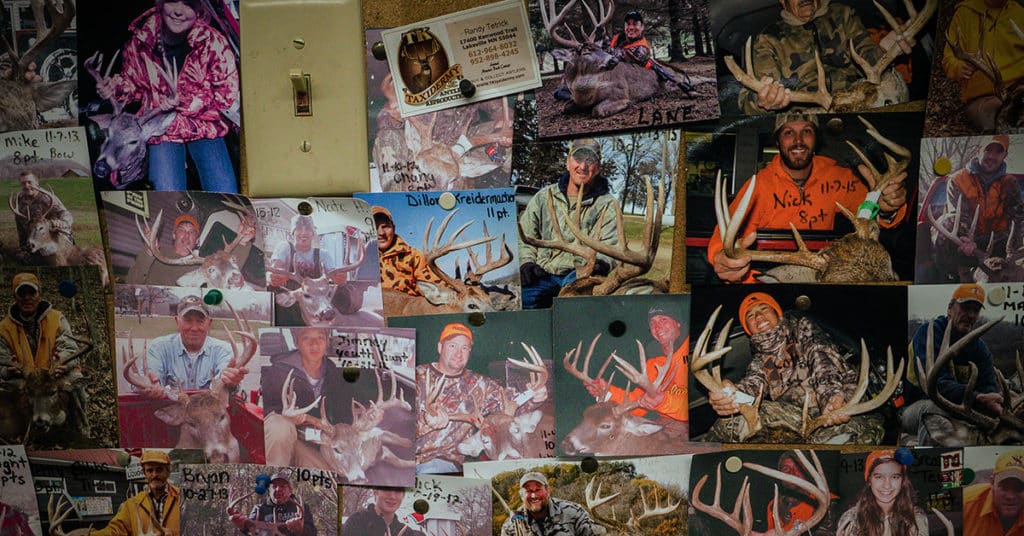 The cool part about the Gas station is the “Wall of Fame” that spreads across its interior wall, mainly showing all the insanely huge bucks and brown trout killed or caught in the valley.  I had seen it earlier in the year but had not paid it much attention.  This time though I took a closer look at the huge variety of pictures on the wall.  The first thing that struck me was the shear size of the deer. These are just massive (massive!) bucks in both body size and in the antlers crowning their heads.  They are truly stunning animals.

The gas station attendant saw me staring at the pictures and made a comment about them.  I asked if all of these deer were shot on farms or on the WMA. He replied that that majority of them were shot on public land. This really struck a chord with me, so I started to look a bit closer at the people who shot the deer.

While the size of the animals was impressive, I found the variety of folks in the pictures just as impressive, and inspiring. The people holding these deer were Asian, they were Latino, they were women and they were kids. And, they spanned across every age class. Sure, the 40-year-old white guy was prevalent, but in a ratio that better reflects our population today, and different than what we often see in the typical outdoor magazine or advertisement.

These are public land owners.  They’re the hunters of today, and they will be a greater part of the hunting community tomorrow. It was so inspiring to see a small village in rural Minnesota represent that change so well and show the importance of diversity in hunting.