This is the final installment of a three part story by Ryan Monaghan about his first turkey hunt with his dad in New Hampshire.

Editor’s Note: This is the final post of a three part series by Ryan Monaghan. Ryan is a commercial and editorial photographer who lives in New York City. In this series Ryan shares the experience of his very first turkey hunt. The beauty of his story is that it touches on so many of the foundational connections that hunting can reinforce: new adventure, great food and strong relationships. I hope you enjoy Ryan’s story as much as I do. If you haven’t already, make sure you read Part 1 and Part 2 of Ryan’s story first.

While scouting for birds before the season opener, I was delighted to come across an enormous patch of ramps. I could have filled a truck bed with as many as I found, but restrained myself and only harvested a few pounds for my upcoming meals. They were incorporated into my first dish, which would be an appetizer that Sunday: turkey liver mousse with a charred ramp/apple/maple chutney. For the mousse, I followed chef Jacques Pepin’s chicken liver mousse recipe, but substituted my wild ramps for the onion that he calls for. I always like a little something sweet to go with liver mousse, so I chopped and sautéed an apple with some maple syrup made on a neighboring farm up here, and then charred some ramps on the grill, which I then chopped and added to the pan to cook down further with the apple. It made a delicious sweet chutney that really cut the richness of the liver mousse. 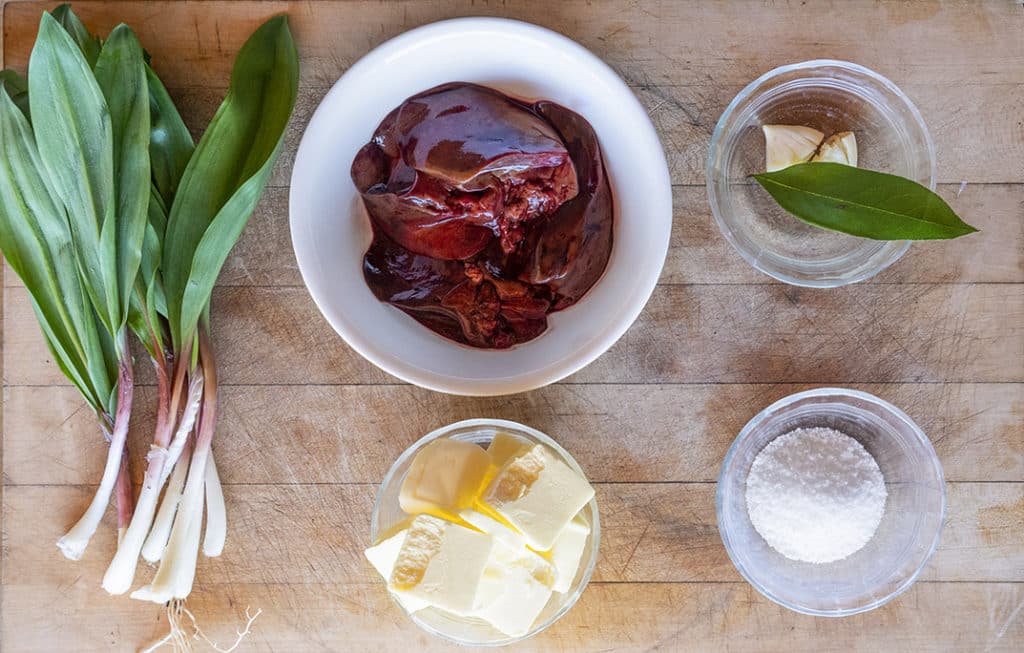 Once the mousse was chilling in the fridge, I fired up the smoker with some applewood chips, and set two turkey breasts to smoke for four hours, basting them with maple syrup every 45 minutes according to Hank Shaw of Hunter Angler Gardner Cook’s recipe. During these four hours, I set to skinning and deboning the meat from the turkey legs and thighs, and after chunking the meat and adding bacon, apple, aromatics and seasonings (as well as some more ramps), I ground the mixture up to make Steven Rinella’s turkey-apple breakfast sausage to fry up the next morning. 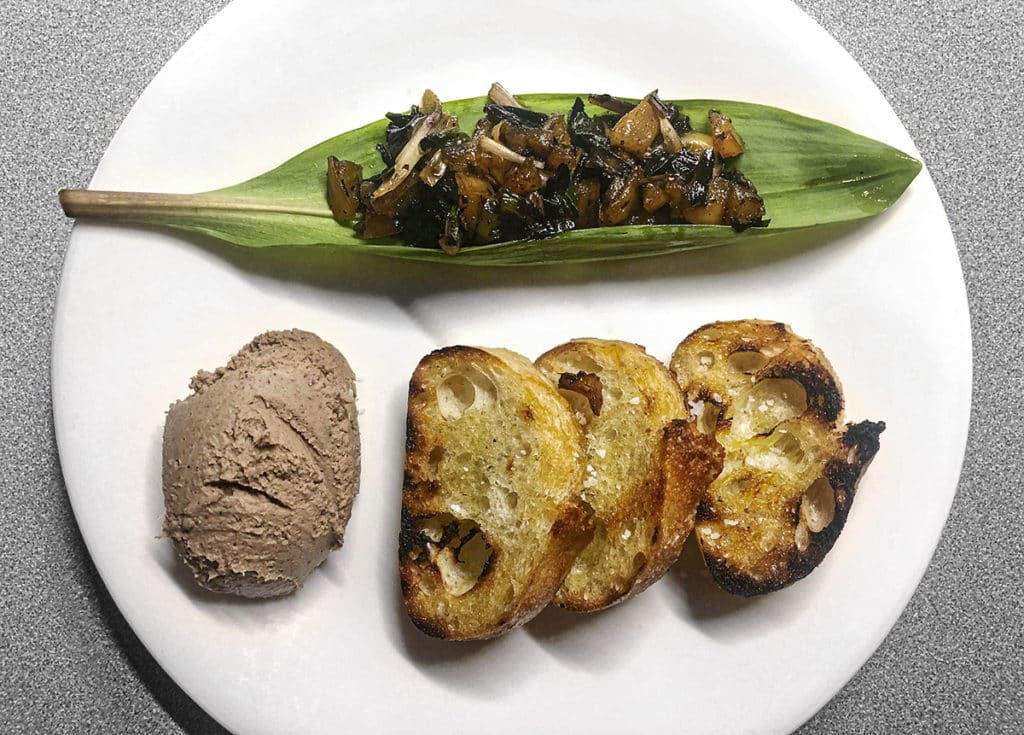 The meal that evening was exceptional. The mousse was a rich, flavorful opener to the main course of the most delicious, tender, juicy turkey breast I’ve ever tasted. Anyone who thinks that wild turkey is too tough, or not flavorful, is simply not doing it right. To fully round out this meal of wild harvests, we ate grilled fiddleheads picked from the neighbor’s property as a side dish. It was a meal for the books. Wild turkey has now officially become my favorite game meat.

The turkey sausage we ate Monday morning for breakfast proved to be equally as tasty as the other dishes. It had just the right combination of sweetness and spice, and went great with eggs and toast. It was the perfect way to take advantage of a cut of meat that often gets written off as inedible, even among some avid turkey hunters.

I can’t imagine a more fulfilling outcome for my first turkey season. I’m grateful for those who have taken the time and put in the effort to show the ropes to beginners like myself. I’ll forever remember that rainy morning in the blind with my dad, my heart pounding as the turkeys crept into shooting range. I’ll think back to it every time I take that first bite of wild turkey of the season, which I’ll hopefully get to do every spring for many years to come.

Make sure you read Part 1 and Part 2 of Ryan’s journey to learn to hunt turkeys.

Register for Online Class – How To Hunt Turkeys